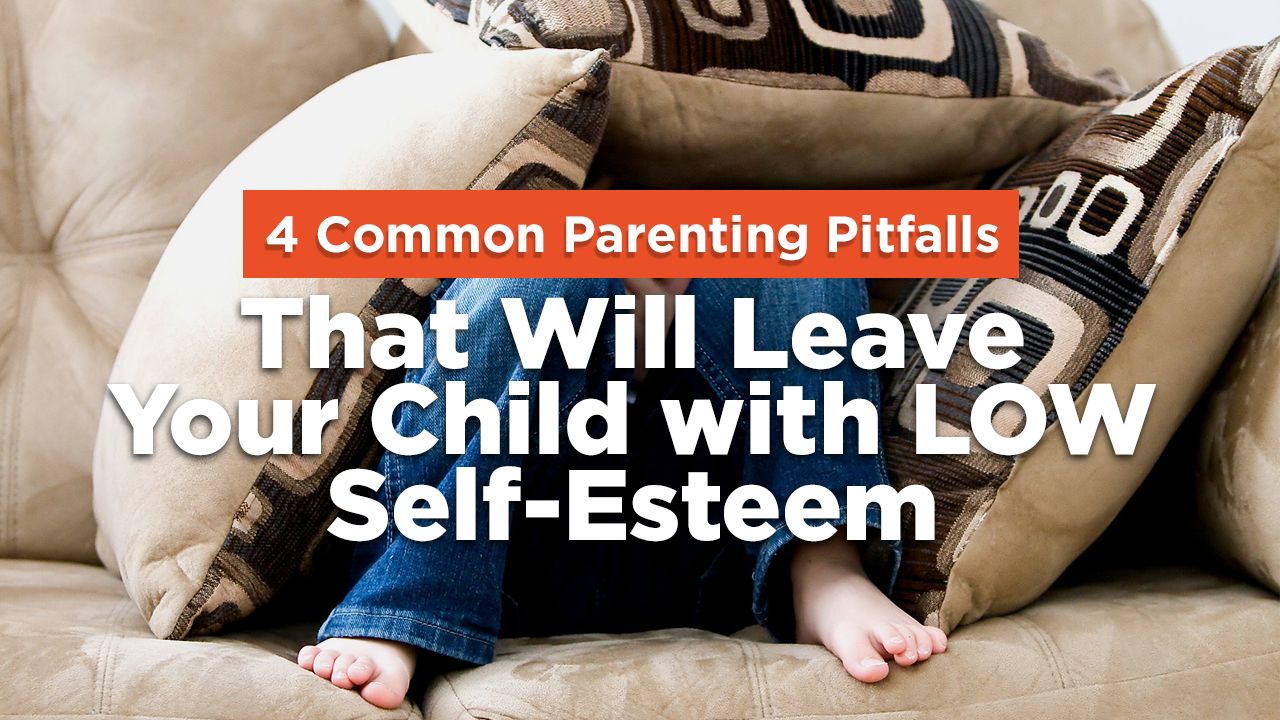 As a parent, you need to recognize that you can make a difference on how lovable and capable you child feel about themselves. It is what you say and do on a daily basis that can really impact your child’s self-esteem.

Growing up, some kids may develop a poor self-image of themselves by making generalizations of their past behaviors and results. For example, if a kid keeps failing his or her exams, he or she might start to feel lousy about themselves and thinking that they are born stupid when in reality, the poor grades are just a result of not using the right learning strategies or simply not putting enough effort.

We have seen teens and young adults coming through the doors of our I Am Gifted!TM Programmes, making comparisons between themselves and other kids. They think that other kids are slimmer, prettier, more popular, stronger and smarter than themselves. As a result, they start labeling themselves as being inferior to others. Despite having their own unique strengths, talents and the potential to be successful if they put their mind to it, they choose to focus only on their weaknesses and start putting themselves down and begin to develop low self -esteem.

Here are 4 common parenting pitfalls that will leave your child with low self-esteem.

Some kids develop low self-esteem because their parents choose to focus on their faults and remind them of it constantly. The lack of praise and words of encouragement during times of struggle and the constant reminder of them not leaving up to expectations in times of failure, will result in low self-esteem.

It is sad to share that many teens and kids that we train every year in our school holiday programmes come in with low self-esteem and when we see how their parents would talk to them, we immediately understand why. Take for example we ask a parent how his or her son is doing in school, a casual conversation we potential have during our workshops, some parents will start point out faults, listing weakness and goes on about how his or her is not leaving up to expectations at all. How would you feel if you were the kid?

We are not saying that should ignore our children’s faults. In fact, it is important that give them immediate feedback about what they can improve on – but in a nurturing manner. At the same time, we should also give credit to the child’s strengths and achievements – remind them what is great about them and what they do. There are always ‘good points’ and ‘flaws’ in every child, just as we all do. If we choose to focus on what’s great about them, in time, we will bring out the best in best. However, if we keep focusing on what’s lousy and negative about them, we are bound to bring out only the worst.

Frequent use of Criticism & Lousy Labels

Making a mistake or not getting the ideal results that we set out to is already painful consequence on it’s own, but what makes it worse is when parents criticize, condemn and even label a child for his or her mistakes.

“You are always so forgetful!”

“Why are you so irresponsible? What is wrong with you?”

This is an extremely lousy way to tell a child her or her mistake. Instead, it will end up with the child feeling rejected, lousy about themselves and even developing into the negative label which is being reinforced. In other words, the more you remind your child that he or she is “lazy’, the more he or she will start to see herself as a lazy kid and end up behaving in a lazy manner.

This pitfall should resonate with most Asian parents (as compared to Western parents). Instead of gracefully appreciating compliments, many parents usually respond to compliments with disagreeing remarks that undermines the child’s achievements.

“I heard you child did very well for exams, he must be very hardworking!”

“No, he is very lazy. I have to force him to study and do his revision every night”

One of the greatest boost to a child’s self-esteem is when he or she is praised or acknowledged by others, especially in front of people they care about. By accepting these compliments you are reinforcing them even more. On the contrary, by rejecting them and undermining your child’s achievements, you are sending the message that their hard work and efforts are not recognized or in worst cases, that they will never be good enough.

Many parents, especially those who are brought up in an Asian family, have been taught to be humble and some even believe that praising the child will lead to ‘overconfidence’ or ‘egoism’. Thus, many Asian parents tend to take the extreme route. All  this leads to a society of young adults who think very lowly of themselves, who feel uncomfortable to talk about their strengths and abilities in front of others and find themselves on the losing end when the time comes for them to present themselves in front of their clients, bosses or universities during interviews or important deals.

Another cause of low self-esteem in children is the constant use of negative learning patterns during the child’s upbringing. If a child climbs up the cupboard, parents scream for them to get down before they fall and break a leg. If a child starts running up a flight of stairs, parents raise their voices to get them to walk properly before they slip and roll down the stairs. While we must ensure that our kids don’t endanger themselves and teach them about safety, this approach will only end up instilling fear in them whenever their start doing something new or challenging.

By constantly telling them that they will fall if they start climbing, or to slow down the moment they start running, we are in fact programming the child to learn and focus solely on the danger and negative aspects of life. Instead, realize that as parents, you can choose to respond differently. You can pause them in the activity, to educate them about the consequences before giving them the choice to continue (if the activity is safe or the consequences are not too detrimental).

While some parents on the hand (especially in the Western culture), would respond with encouragement, telling their child to go for it, while they put their arms behind the child to ensure safety.

When our children grow up to have a high self-esteem, they will feel that they are loved, accepted, trusted and validated by the people that they love, especially their parents. They will grow to have a high level of self-love and self-acceptance – because they love themselves, hence they will fight for what’s best for themselves and believe that they deserve it. More importantly, they will grow to have the “I CAN DO IT” attitude and have the self-belief that they can do well in whatever they put their minds to.

4 Reasons why you have become the WORST parent